This book has been on my to-read pile for a while, but I haven’t gotten the English translation yet. Long-time contributor David Cox is ahead of me and has not only read the novel, but kindly provided this review. Eskerrik asko David! 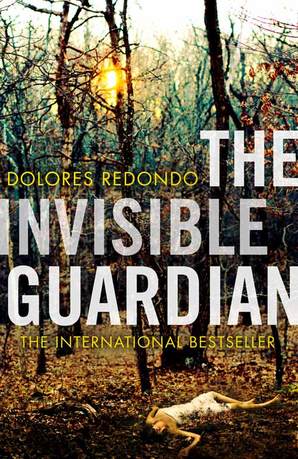 Police Inspector Amaia Salazar comes from the small Basque town of Elizondo, a place surrounded by mysterious forests and full of family secrets. Trained in North America and now working in the large city of Pamplona, she’s called to investigate the murder of a teenaged girl in her home town.

In this novel – first of a trilogy – that’s had great success in the Basque lands, across Spain, and in about 30 translations, Spanish/Basque author Dolores Redondo takes us into the deepest heart of Basque mythology and tradition.

Inspector Salazar struggles against chauvinistic prejudices, closely-kept secrets, superstitions, and traditional values as she attempts to solve not one, but now a series of brutal and bizarre murders that begin to take on a pattern.

Before solving the murder she must confront the ancient beliefs in the basajaun, legendary guardian of the Basque forest, and at the same time, begin to deal with her own personal demons as well. You can believe in the basajaun if you wish to, but the personal and family issues she faces are all too real.

While Basque women are stereotypically strong characters in reality, many of the female characters in this novel take on supernatural powers, and whether for good or evil, it’s not always clear.

No matter how hard we try to escape it, the past always imprints itself upon the present. All the more so in the Basque Country, where the modern industrial city is literally within sight of the peasant communities from which it evolved, often quite recently. While Amaia lives the life of a professional in busy Pamplona, her Elizondo past is never far from the surface.

While perhaps not the most adept at tying up “loose ends” – and remember, this is a trilogy – Redondo is expert at painting a picture of the people and landscape of northern Navarra, an area with a strong Basque identity and attachment to the language.

The area was known for its “witch hunt” during the days of the Inquisition, and many times the author references the fact that the old beliefs never died out and were never far below the surface, hidden under the veneer of official Catholicism. (Just as the Basque identity itself, so long suppressed under various governments, remained strong despite official Spanish being imposed).

Without delving into the intricacies of the mystery, it is sufficient to say that much of it revolves around a traditional Basque bakery or pastry shop, and its products. This kind of family business is a bastion of the matrilineal, bourgeois Basque society and a marker of belonging.

It’s unusual if perhaps refreshing to read a book set in the Basque Country with no reference to recent struggles. Redondo completely avoids all references to recent and contemporary politics, which is essential if a book is to avoid controversy and gain a wider readership. It is, for instance, impossible to enter any Basque village without reference to the political signs and banners calling for repatriation of Basque prisoners. While it is almost impossible to mention such events without alienating someone, the complete omission of any such references is a matter unto itself. In this light the characters may, or may not, symbolize groups or events within the current struggle. Those so inclined may wish to analyze the book in that aspect.

This is a lively read, especially if you get past the first 100 pages or so, and survives a somewhat clunky translation – one doesn’t “fall pregnant” in English, however much they may do so in French or Spanish – to give just one example; but in a mystery of this pace that’s not a deadly sin. A number of the scenes are truly frightening and horrifying; this is maintained in the translation.

The strength of the book is the attention to detail; Elizondo is vividly evoked and the myths and legends of the place seem ever-present. The ties that appear to bind many Basques to the family and to the land are palpable elements in the story.

This book has taken a long time to appear in English – it had already appeared in most European languages including Basque, Galician and Catalan two years ago. A short and helpful glossary is provided, as well, for those unfamiliar with local terms. But I must say it lacks the sparkle of, say Stephen Sartorelli’s translations of Andrea Camilleri’s detective fictions set in Sicily. It’ll be interesting to see if Redondo makes any impact on the English-speaking market.

For anyone interested in European-based detective/police stories or those with an interest in Basque culture, it’s a worthwhile read. And I’m certainly looking forward to the remaining stories of the trilogy.