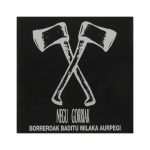 One of the most striking things for me when I first visited the Basque Country was the music. In jukeboxes in the bars where we played foosball, there were bands I had never heard. While the rest of the US was enraptured by Nirvana, I was discovering the Basque music scene. Negu Gorriak. Kortatu. Su Ta Gar. These bands, literally, rocked my world. Growing up, I had only known trikitixa and the other types of songs played at Basque dances. I’d never heard this modern, edgy and, frankly, angry music that seemed to surround me in the Basque Country.

To me, the music of the Basque County seemed to reflect some kind of odd dichotomy of the the place itself. On the one had, there was the folk music. The accordion, the melodic singing, the tambourine. The traditional old ways that defined the nostalgic view of the Basque Country. On the other, there was this rebellious punk and metal music. Loud guitars, angry voices, fast tempos. The modern music that represented the future, the way that the Basque Country didn’t stay static, but constantly evolved. There seemed to be little in between. (Of course, now I know there there is a whole spectrum, but back then it seemed so binary to me.) The music seemed to represent the country as a whole: urban versus rural, tradition versus modernization, folk versus punk. And, for someone who, at the time, really didn’t like the dancing and the folk elements so much, the modern punk and rock music really resonated. I came home with tapes of Negu Gorriak, Kortatu, and Su Ta Gar. 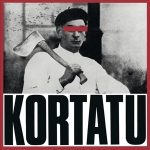 Bringing this kind of music home led to a weird connection with my dad. I’d “force” him to play bands like Negu Gorriak in the family car when we went places. My other music, the loud, obnoxious American bands, never bothered him much, probably because he never understood the words. With these bands, he understood the words, of course, at least most of them. He would give me looks, and say “what the hell is this?” I would enthusiastically respond “Basque music!” Later, to try to bridge the gap, I got him some Basque folk music, stuff he knew from his childhood but which he never listened to at home. It turned out that, to him, there was music from Bizkaia and there was everything else. Negu Gorriak, folk songs from Gipuzkoa, these might as well all been that obnoxious American stuff his kid listened to that just sounded like noise.

Later, I began appreciating some of the other forms of Basque music. I really got into txalaparta, it being so distinctive and primitive. I even like some of the more traditional music. Some of the songs by Oskorri really resonate. And, as demonstrated by my admittedly less than glamorous foray into singing (fortunately, my daughter more than salvages that performance), I like some of the folk songs that resonated with my dad. 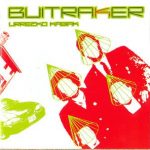 Once in a while, I discover a new band that is just great. A few years ago, while visiting my uncle and hanging out in his bar, I heard what I thought was an awesome song on the radio. After a little searching on the internet, I discovered Buitraker, who I think is simply amazing. They even have a song about me, of sorts (did you know that Burt and Ernie, in Spain, are Blas and Epi?) I even convinced a friend to stock her Spanish import store with a bunch of Basque music. Unfortunately, I think I’m the only one who liked the modern stuff, but I discovered Nok that way.

All of this is to say that I’ve created a Youtube list of some of my favorite Basque music: Buber’s Basque Mix. It’s a mix of folk and modern, loud and melodic, traditional and not-so-much. Putting this together, I’ve discovered some new-to-me bands, such as Vendetta. While most people probably won’t like everything here, it’s all stuff I like and I hope that many of you will too.

One thought on “Buber’s Basque Mix”