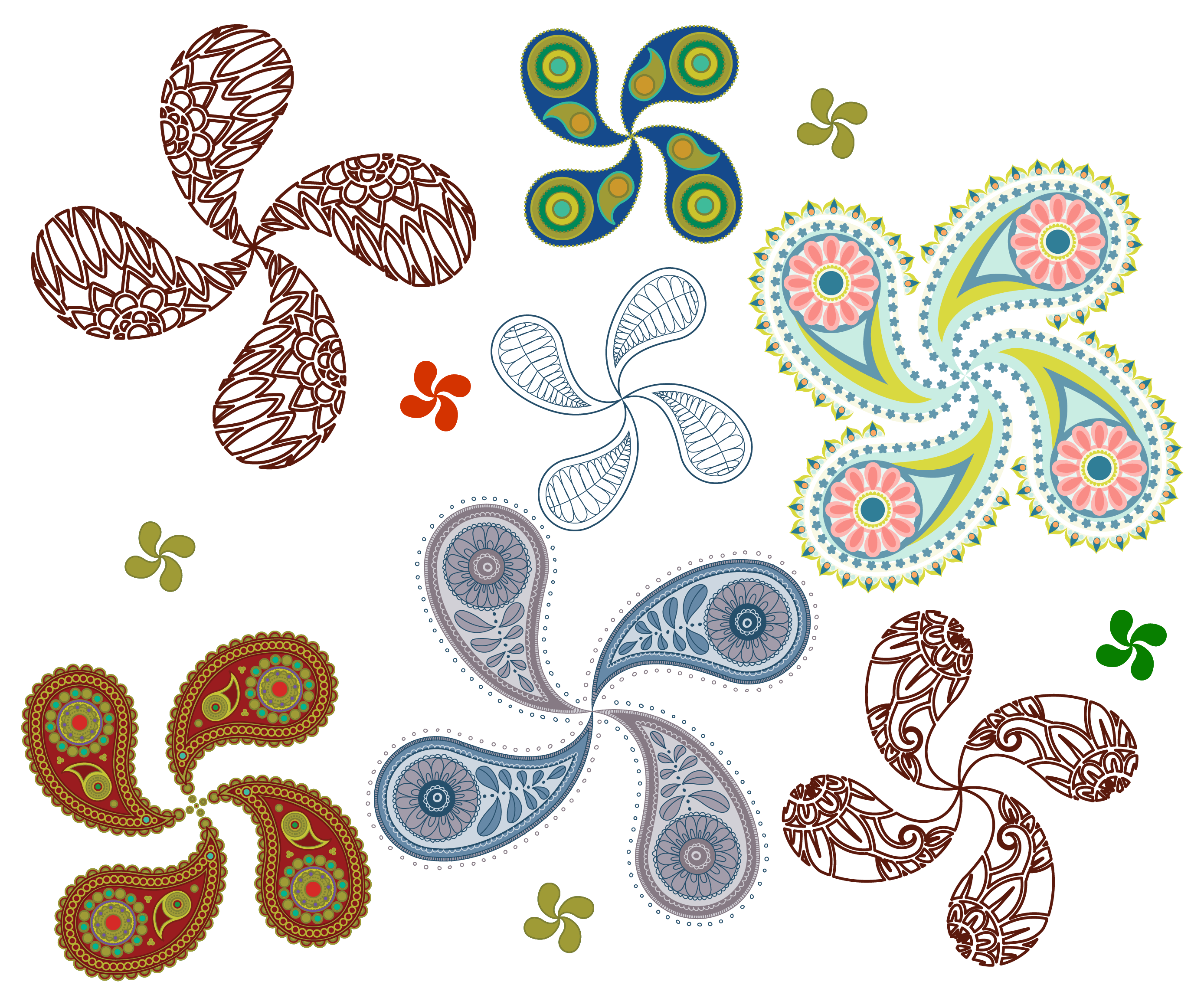 The other day, I had an epiphany. Staring at some designs, I realized that the patterns that are in paisleys look like the leafs of lauburus — the traditional Basque “four-headed” symbol that decorates ancient headstones and now is the de facto symbol of the Basques, appearing everywhere.

So, I had to play a bit and make some lauburus from some online paisley patterns.

When I told my wife about my epiphany, she gave me a look that said “Duh!” and said something to the effect of “You just now realized that?”

The original paisley art is from these sites: Vectors by Vecteezy.com and Designed by Freepik.