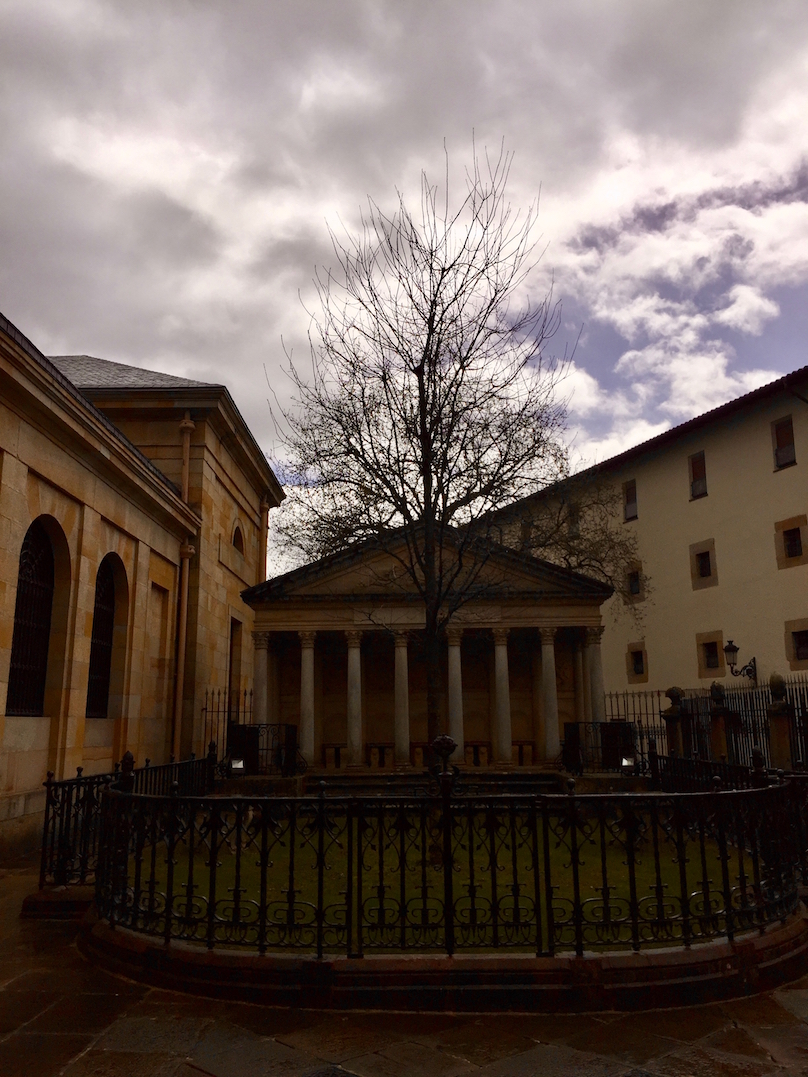 The Tree of Gernika is one of the most iconic symbols of the Basque Country, featuring prominently on the coats-of-arms of the province of Bizkaia and thus of Euskal Herria. The fueros of Bizkaia specifically call out the tree as the place where people came to meet and any Bizkaian captured for any crime had to be brought before the tree. The Lords of Bizkaia, as well as the later Kings of Castile, swore their respect to Basque laws under the tree, up until 1839 when the infant Queen Isabella II and her mother the regent Maria Christina were the last. Today, the President — the Lehendakari — of the Basque Autonomous Community takes his or her oath of office under the tree.

The Tree of Guernica
is blessed
among the Basques;
absolutely loved.
Give and deliver
the fruit unto the world.
We adore you,
holy tree.

Oak of Guernica! Tree of holier power
Than that which in Dodona did enshrine
(So faith too fondly deemed) a voice divine
Heard from the depths of its aerial bower-
How canst thou flourish at this blighting hour?
What hope, what joy can sunshine bring to thee,
Or the soft breezes from the Atlantic sea,
The dews of morn, or April’s tender shower?
Stroke merciful and welcome would that be
Which should extend thy branches on the ground,
If never more within their shady round
Those lofty-minded Lawgivers shall meet,
Peasant and lord, in their appointed seat,
Guardians of Biscay’s ancient liberty.