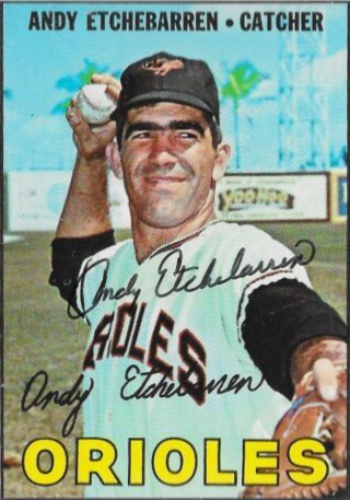 Andy Etchebarren was an All-Star catcher for the Baltimore Orioles, a fixture in their line-up from 1965-1975. While his offensive stats were not overly impressive, he was known for his toughness and his defensive skills. He appeared in four World Series, with his team winning twice. Etchebarren had the distinction of being the last player ever to face Sandy Koufax in a game, in Game Two of the 1966 World Series, in his rookie year. Etchebarren died on October 5, 2019.