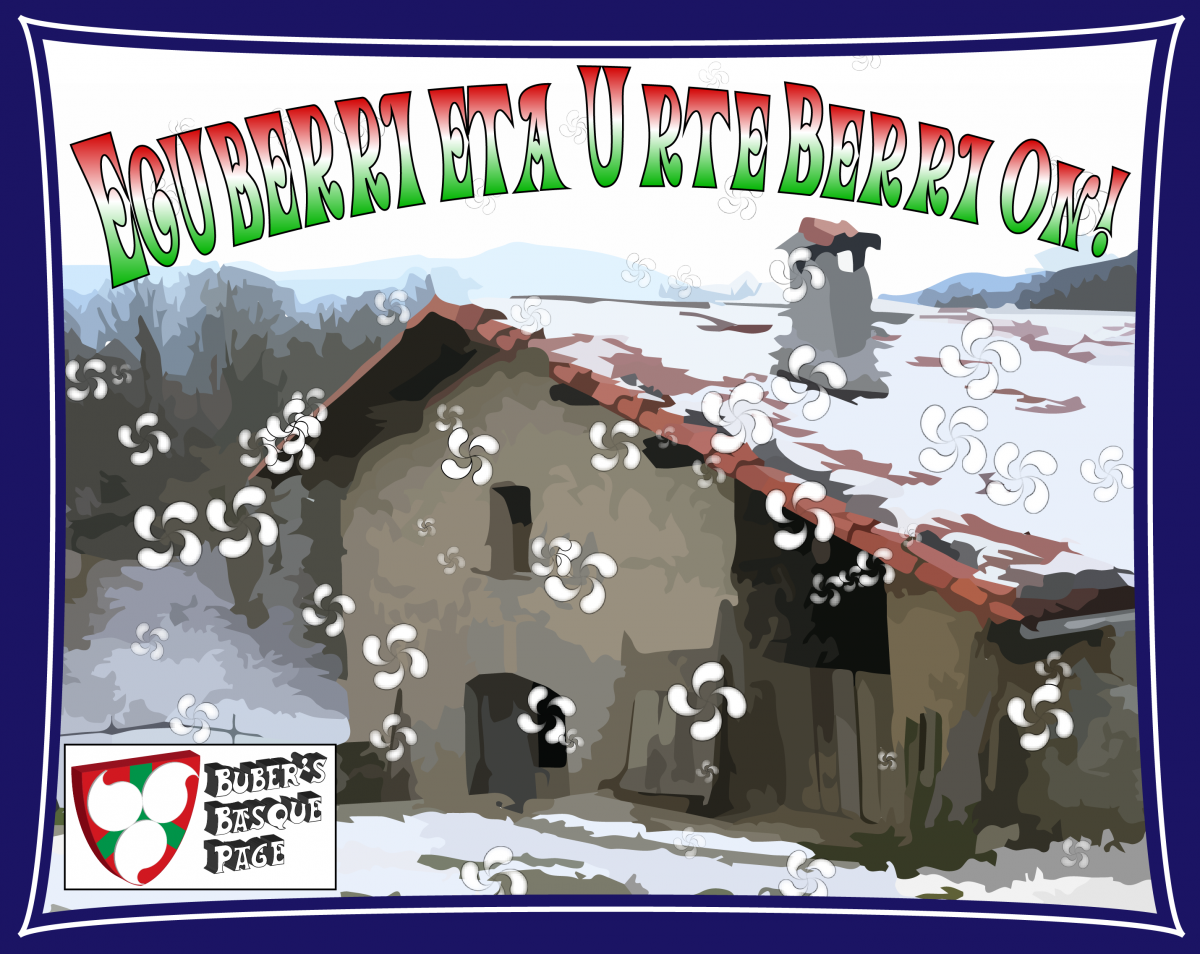 In almost any Basque-themed celebration of Christmas, instead of Santa Claus, a very distinct figure appears, wearing not a bright red suit trimmed in white but rather a more mundane outfit, often a blue or black shirt with blue pants topped off with a black beret. In modern times, he is portrayed as a joyful peasant that loves to eat and drink, and brings presents to kids. But he has a more complicated and darker past.

2 thoughts on “Basque Fact of the Week: Olentzero, the Basque Santa Claus”