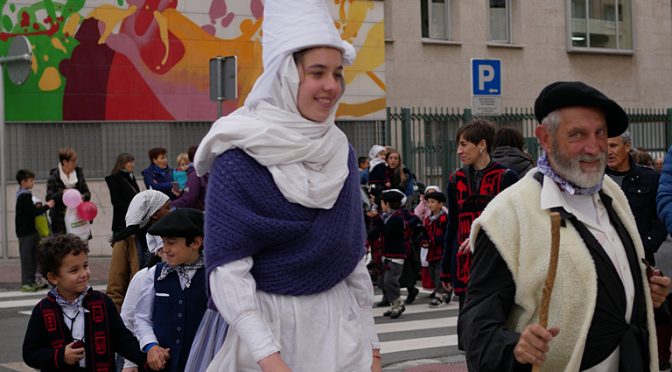 These days, Olentzero, the Basque “Santa Claus” who brings gifts to children during Christmas, is reasonably well recognized in the Basque diaspora. He not only visits children in Euskal Herria, but can often be found in Basque clubs in the United States, South America, and elsewhere. Even the New Mexico Euskal Etxea, back when it was active, saw Olentzero come for a visit at one of our Christmas parties. Less well known is his companion and accomplice, Mari Domingi, who is often found at Christmas celebrations in the Basque Country.