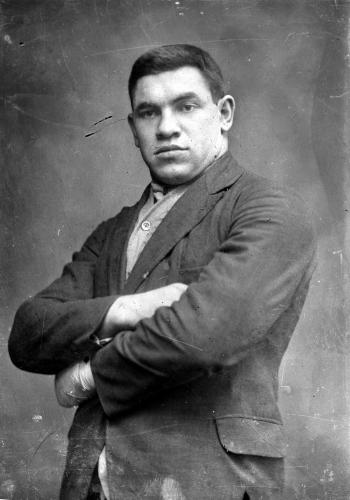 My dad’s favorite sport to watch was boxing. I never asked him why (so many questions were never asked…) but I always assumed that it was because, of the sports on our American TV, boxing was the most straightforward, something he didn’t have to grow up with to understand, unlike American football. However, I recently learned about Paulino Uzcudun and now I wonder if maybe my dad had known about him and that is where is love of boxing came from…

Thanks to Eneko Sagarbide for introducing me to Paulino.