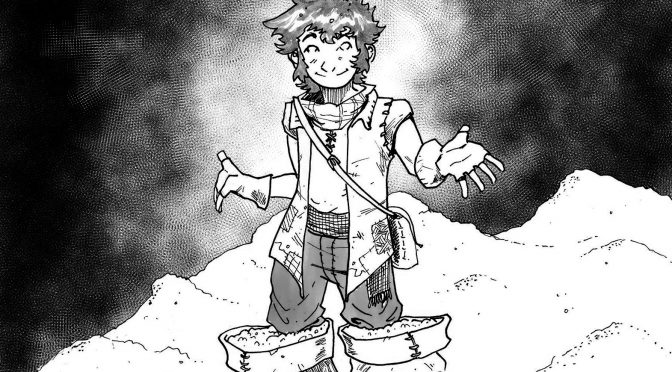 Lots of stories describe how humans discovered the elements of civilization. We have fire because Prometheus was able to steal it from the gods. And such stories about the theft of fire are particularly common, with Rabbit or Coyote stealing fire in the Americas, Prometheus stealing it for the Greeks, and Pkharmat of the Vainakh peoples bringing fire to humankind. And it isn’t just fire. The Hebrew Book of Enoch tells of the fallen angel Azazel teaching people, amongst other things, the ways of metalsmithing. All around the world, there are stories of characters that help civilize people, that teach us how to tame nature. For the Basques, this hero is San Martin Txiki.

One thought on “Basque Fact of the Week: San Martin Txiki, the Basque Trickster”