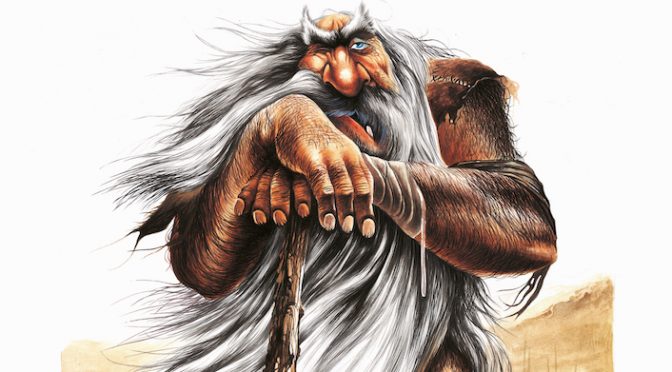 Basque mythology is full of colorful characters and beings. With the dense forests that cover the imposing mountains rising from the sea, it should come as no surprise that the mythology features beings that dwell in those forest and are closely connected to nature. However, the Basajaunak — the wild lords of the forest — are a paradox wrapped in an enigma. While they are wild beings that almost embody the primal nature of the forest, they are also protectors of humans, especially shepherds. They are also repositories of knowledge, that humans have tricked to learn new technologies.

One thought on “Basque Fact of the Week: The Basajaunak, the Wild Lords of the Forest”