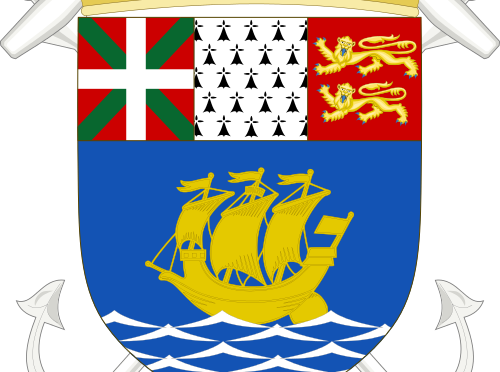 On the furthest reaches of Canada’s eastern coast lies Saint Pierre and Miquelon, a small group of islands just south of Newfoundland. A French Territorial Collectivity, the islands are the last remaining vestige of New France, at least in North America – the people are guaranteed French citizenship. However, perhaps more interestingly, if you look at their coat-of-arms, you’ll notice that the ikurriña is displayed prominently, a monument to the Basque history of the islands.