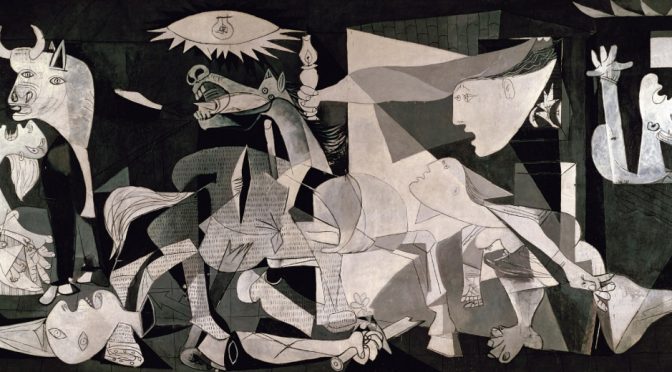 Tomorrow marks 84 years since the bombing of Gernika, that day during the Spanish Civil War when Hitler’s Air Force, at the behest of Franco, bombed the civilian population of the Basque village on a Monday, market day. It was one of the first aerial bombings of a civilian population, though other Basque towns, notably Durango, had been bombed earlier but without the same press coverage. The bombing and destruction of this sacred Basque town generated wide-spread shock and anger. It also inspired Pablo Picasso to paint his now-iconic masterpiece Guernica.

3 thoughts on “Basque Fact of the Week: Picasso’s Guernica”