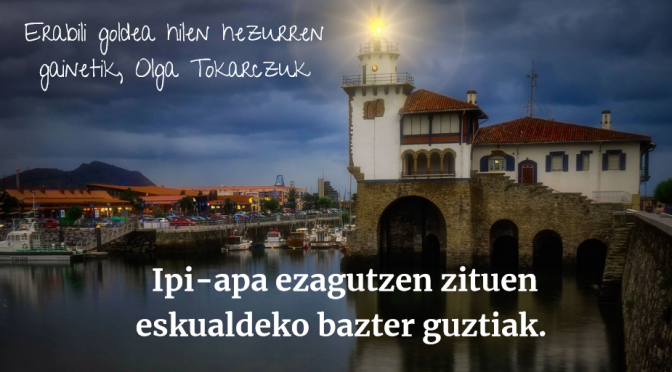 In between my sophomore and junior year at the University of Idaho, I spent a year in Donostia with the goal of learning Euskara. When I told my dad that I wanted to learn Basque, he asked “Why? Why not Spanish? You can speak that everywhere.” I guess he was too pragmatic. Anyways, I did learn some Basque and felt like I got a reasonable handle on the grammar. My Achilles’ heel, though, was vocabulary. I never built up a big enough vocabulary to really be able to converse. If only I’d had Gaurko Hitza, or Basque Word of the Day! Every day, they send an email with a new word, it’s history and usage, and translation into English, Spanish, French, and Portuguese. I subscribed about a year ago. I can’t claim my vocabulary is increasing all that fast, but here are some of my favorite words over the last year.

2 thoughts on “Basque Fact of the Week: Gaurko Hitza, Basque Word of the Day”