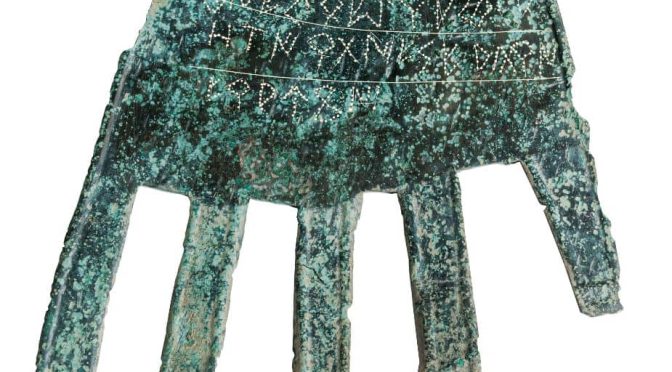 On Monday, my feeds blew up. A new discovery – a bronze relic dating back some 2100 years – shook the Basque world. This relic – of a hand, likely an amulet of good fortune – had words written on it in (an ancestor to) Basque in a unique runic script. This discovery – the Hand of Irulegi – upends our understanding about the history of Euskara, showing that the ancestors of the Basques were writing their language before the Romans came and introduced Latin.

2 thoughts on “Basque Fact of the Week: The Hand of Irulegi, the Oldest Text in Euskara”