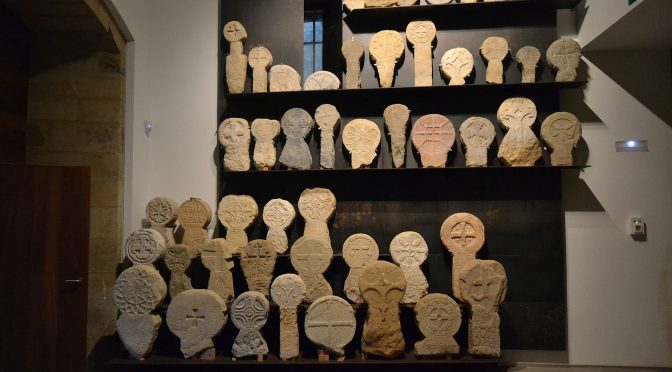 During my first visit to the Basque Country, my cousin took me to Elorrio, not far from his hometown of Durango in Bizkaia. He took me and a friend to Argiñeta, which was simply amazing. They’ve collected a number of hilarriak, or funeral steles, there. These are large stone grave markers that are carved with a variety of symbols and designs that either speak to the dead person and their profession or more abstractly to the stars and the cosmos. Either way, they are a fascinating element of the Basque cultural heritage.

2 thoughts on “Basque Fact of the Week: Hilarriak, the Dead-Stones of the Basque Country”