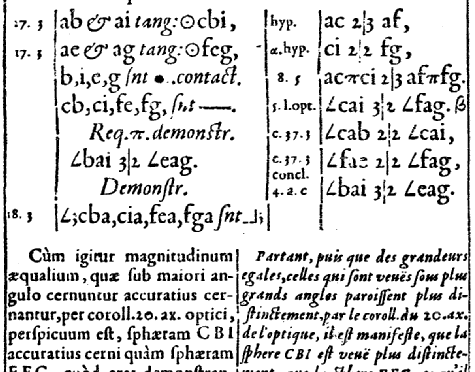 Not long ago, I posted about mathematician Pierre de Fermat and his possible Basque connections (spoiler: he had none). However, in reading about this Pierre, I discovered another mathematician who certainly did have a Basque origin: Pierre Hérigone. His greatest contribution to math was in further developing the idea that math could be conveyed in symbols, rather than local language, making it universal. So, all of you who hated sitting through high school algebra, you have people like Pierre Hérigone to blame. For a detailed account of Hérigone’s contributions to algebra, see Maria Rosa Massa Esteve’s article Symbolic language in early modern mathematics: The Algebra of Pierre Hérigone (1580–1643). (Ok, after this post, I’ll lay off the mathematicians for a while…)