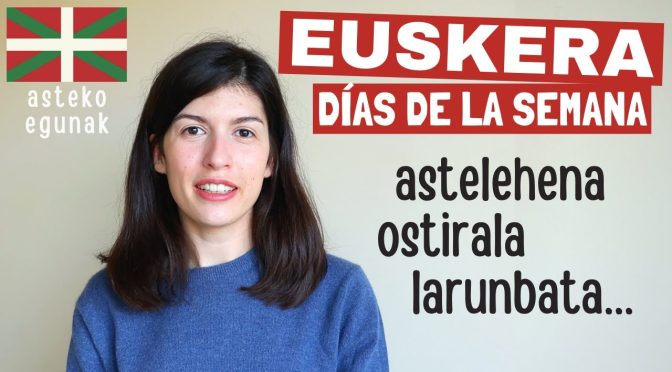 When we think about what we call the days of the week, how many of us think about the fact that Monday is named after the moon, Wednesday is Odin’s day, and Thursday is dedicated to the Scandinavian god Thor? Where do these names even come from? They’re just names, and we’ve lost, for the most part, our connection to their meaning. When I was learning Euskara, I couldn’t help but think about what the names meant. Just like me with English, do native Basque speakers not think about what these words mean when they say them? Are they just words now, divorced from their origins? Basque, as you might expect, has very different names for the days of the week, starting with the idea that the Basque week may have originally been only three days long.