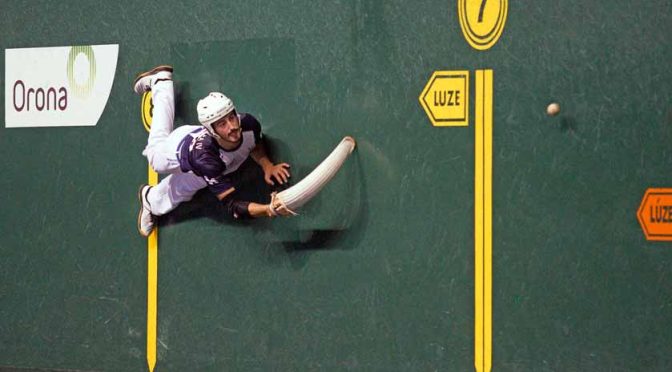 While the Basques aren’t the first and only people to play ball games, they have made their own unique imprint on this versatile sport. Pelota a mano, or handball, is the most popular version played today in the Basque Country – when my aunt and uncle ran the Herriko Taberna in Munitibar, it was always on the TV in the bar. On the other hand (no pun intended), Jai alai is probably the most famous version played outside of the Basque Country. However, there are a lot of other variants, using other types of baskets, wooden bats or rackets, and even lacrosse-like nets, that are played across the Basque Country and the world.