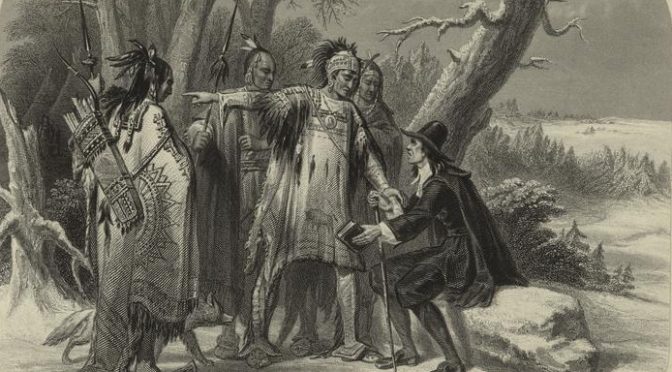 It is now well established that the Basques, if not the very first Europeans to set foot on the North American continent, were among the first. Of course, there were already a large number of thriving peoples living there when they arrived, and the Basques certainly interacted closely with them, even developing trading pidgins. None […]

Today, it is well accepted that the Basques were early visitors to the coast of what would be known as North America. They established sites along the coast of what is now Newfoundland to process the whales they hunted and return the final product to Europe. With the local Native Americans, they created pidgin trading […]

Pidgins are languages that arise when two other languages come in contact. They are simplified languages to ease communication between two people that have otherwise very different languages, often to facilitate trade. As such, they are always second languages (never the mother-tongue of anyone). Given the extensive and often commercial travel of Basques, it is […]

While the survival of the Basque people and culture to modern times is often ascribed to the isolated region in which the people inhabit, the Basques are not so secluded as one might think. Some great examples demonstrating this are the various pidgin and mixed languages that have sprung up out of the interactions of […]

This article originally appeared in Spanish and Basque on Kondaira’s Facebook page. It is translated and posted here with permission. The Basque-Algonquian language is a pidgin that arose for intercommunication between the members of the Mi’kmaq tribe, Innu and other Amerindians with the Basque whalers, cod fishermen, and merchants in Newfoundland, Quebec, the Labrador Peninsula, […]

A pidgin, according to Wikipedia, is “a simplified language that develops as a means of communication between two or more groups that do not have a language in common.” That is, when two new groups come into contact and they can’t communicate, they begin create a new language that is some hybrid of the two. […]