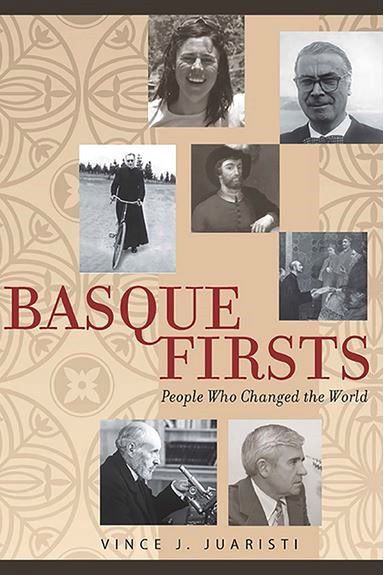 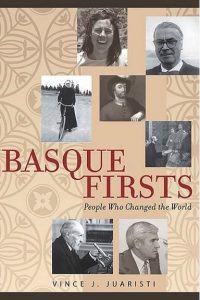 Basques have had their impact on world history and there are key historical figures that most Basques already know. St. Ignatius, the founder of the Jesuit order, was born in Loyola. The first person to (deliberately) circumnavigate the Earth, Juan Sebastian Elcano, was from Getaria. However, there are many other Basques that have made important contributions to their profession and to the world. Vince Juaristi, in his book Basque Firsts: People Who Changed the World, delves into the lives of some of these people.

Juaristi has chosen a collection of Basques that have made seminal contributions to the world, the first to do something extraordinary in their field. He profiles seven such Basques:

Each of these profiles is rendered with a clarity and passion that is engrossing. Given the wide range of subject matter, one could fault Juaristi if some of his profiles were less coherent. However, Juaristi has a gift for conveying difficult subject matter in an easy style, a style that feels at ease with the subject matter, as if Juaristi has been studying the field for much of his life. Moving from religious to scientific to political topics, one always has the sense of familiarity with the subject. Juaristi portrays his subjects with confidence and skill.

While I had clearly known about some of the figures in this book, there were new faces for me too. For example, while the Mondragon cooperative has gained world-wide recognition for its business model and has become the subject of numerous studies, I hadn’t had the opportunity to learn about the man behind the vision. In some sense, this vision was guided by the notion that “Socializing knowledge truly democratizes power.” The man had vision that others initially failed to comprehend, such as the need to found a bank for the cooperative. 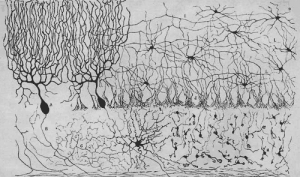 The profile of Ramon y Cajal most resonated with me, because of my own scientific background. He combined a scientific mind with the sensibilities of an artist, seeing the beauty in nature and trying to convey his scientific insight through illustration. He saw “Nature… with the heart of an artist.” After much struggle against his father’s own desires for him, Ramon y Cajal eventually enrolled as a pre-med student, where his artistic tendencies found a scientific outlet. In studying cadavers, he remarked “I saw in the dead body not death with its host of melancholy thoughts, but the marvelous workmanship of life.” He also saw his science as a mission on behalf of his native Spain, a way to bring glory to his nation. As his friend Sir Charles Sherrington remarked, “His science was first and foremost an offering to Spain.” As he aged, he took it as a new mission to educate the next generation: “The teacher must not spend his declining years in a sad solitude, but must approach his end surrounded by a through of young pupils.” In his last book, published after his death, he wrote “When facts are faced squarely, we must admit that it is not so much the thought of our own death that grieves us as the realization that by it we are snatched from the bosom of humanity and thus robbed forever of the hope of seeing the unfolding of the heroic struggle constantly being waged between the mind of man and the blind energy of natural forces.” This is a man that saw the poetry in nature and the beauty in science. 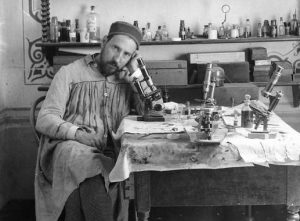 All of the profiles are equally inspirational and illuminating. Juaristi provides a strong case for the importance of Basques in world affairs by simply laying out the lives of these important figures. One can only wish that he follow up with a second volume of Basque Firsts.