In July, I was on a business trip in Versailles, France, and the hosts took us on a tour of the palace and the Jeu de Paume Room. Jeu de Paume is a game where players played a form of handball and tennis. The court at Versailles is famous because the French deputies of the Commoners met there on June 20, 1789 and made a vow:

“We swear never to separate and to meet wherever circumstances require until the kingdom’s Constitution is established and grounded on solid foundations.” — La Foule

And, thus, the French Revolution was born. 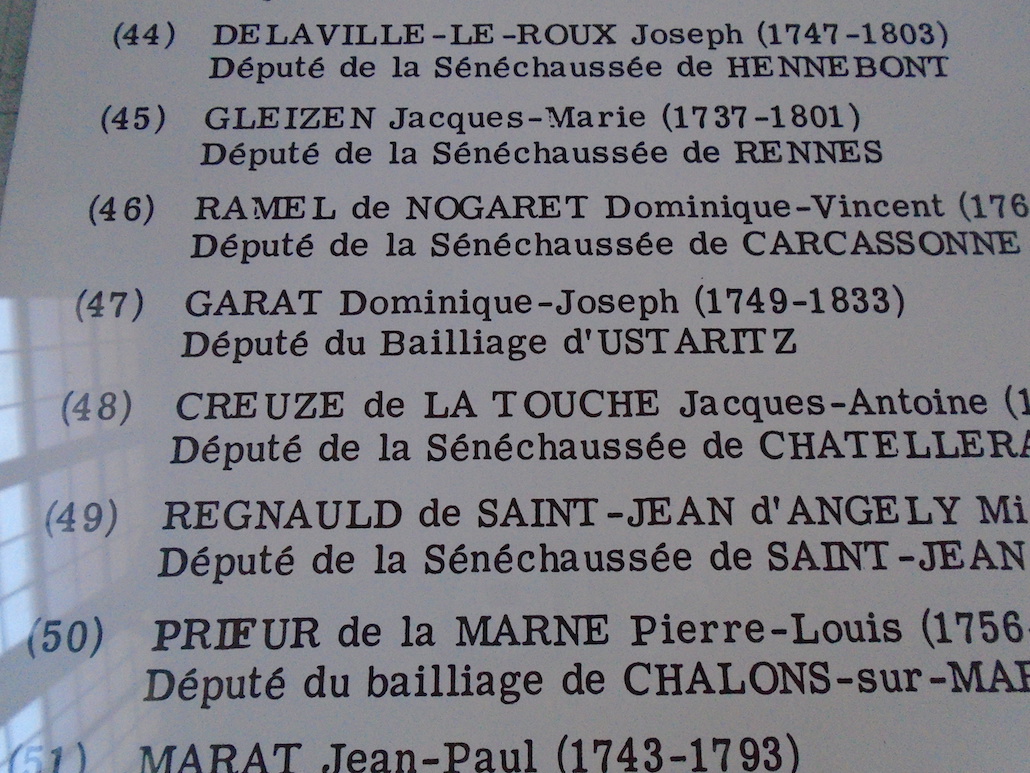 I’ve studied a bit about the French Revolution in various stages of my education. It should have been obvious, but the Basques were part of this tumultuous time. While wandering the Jeu de Paume Room, I saw the list of deputies and noticed an intriguing member:

Of course, it only makes sense that there should have been some Basque representation at this meeting, but it isn’t something I’d ever come across. Who was this Dominique and what was role, if any, did he play in the Revolution? 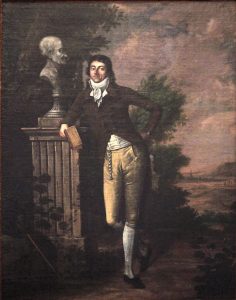 As described by Wikipedia, Garat was born in Baiona in 1749. Both he and his brother, also named Dominique (and called the old) were elected to be representatives of Lapurdi. There were also representatives from Zuberoa (Uhart and Escuret-Laborde). Up to that point, the Basque region of France was still governed by the fueros or foral system that was also prevalent on the Spanish side. However, the French Revolution undid that. While both Garat brothers advocated for a Basque department, they were overwhelmed by the rest of the National Assembly to create a system in which local customs and peoples were ignored. While against this organization of France, Garat voted for it with the hopes of retaining some voice in the assembly. In the end, his efforts proved fruitless. Upon hearing of his and his brother’s votes to support the reorganization, the Biltzar of Lapurdi stripped the two brothers of their office.

Garat continued to advocate for a Basque department, even lobbying Napoleon, arguing for the special history of the Basque people:

“The French Basques have acquired nor the customs of France, neither their language, while the Spanish Basques have not either acquired the Spanish customs, or their language. Either of them have kept being Basque (…) The Spanish Basques and the French Basques both think they all belong to the nobility, translating that idea to their customs and laws. That fact is astounding, for all the individuals of the seven provinces agree, acquiesce on that notion.” — Dominique Joseph Garat, Report to Napoleon Bonaparte, 1803 (taken from Wikipedia)

Garat rose to his position through several well received éloges on various topics that led to him being crowned by the Académie française multiple times. This led to him becoming a professor at Lycée. He was later named as minister of justice, in 1792, and the minister of the interior in 1793. He thus had an intimate knowledge of the government during one of the most dramatic periods in French history.

There is also more detail about the end of Basque home rule in France in this Wikipedia article.

One thought on “A Basque in the French Revolution”