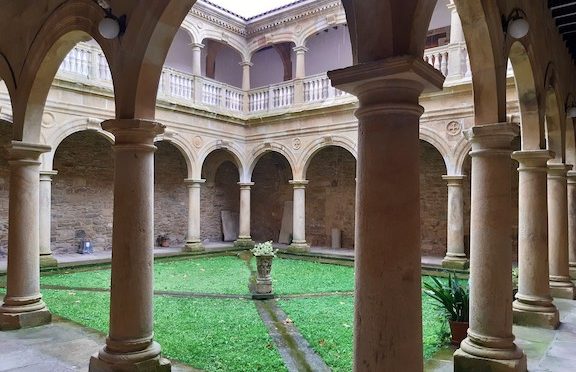 Just outside of Munitibar, not far from the baserri that my dad grew up in (only 3/4 of a mile as the crow, or crowned eagle, flies), lies the Monastery of Zenarruza, also known as the Collegiate of Zenarruza or Collegiate of Ziortza. It’s a beautiful spot on the edge of Lea-Artibai, a great place to take a break from all of the family lunches and dinners… I mean, all of the sight seeing.

5 thoughts on “Basque Fact of the Week: The Collegiate of Zenarruza”