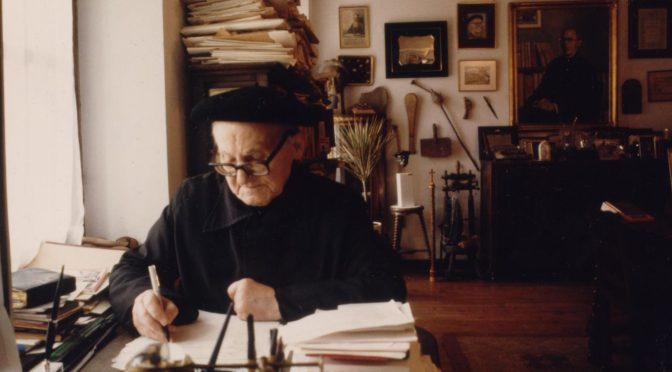 The Basques converted to Christianity relatively late compared to many of their neighbors, and before that they had a complex and fascinating mythology that involved a myriad of creatures and powerful beings that impacted the daily life of the people dotting the Basque coast. Much of what we know about that mythology – and Basque prehistory more generally – can be traced to the efforts of one man, a priest who grew up in the most modest of conditions: José Miguel de Barandiaran Ayerbe.

Thanks to Jabier Aldekozea who inspired the title of this post.