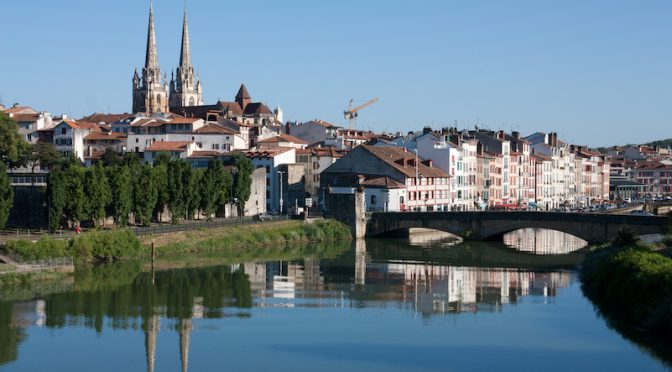 Baiona, or Bayonne as it is known in French and English, is one of the jewels of the coast of Iparralde. A historically important port, it was a thriving economic center during various phases of its history. It has also changed hands many times, being part of the Kingdom of Pamplona, England, and France over the centuries. As a consequence, it has a long and complex history; I’m only scratching the surface here.

5 thoughts on “Basque Fact of the Week: The Early History of Baiona”